The 2015 Cherry Lodge Annual Lecture followed on immediately after the 2015 Annual General Meeting on Tuesday 12th May. This year’s speaker was Alison Hibberd, Carers Service Manager at Barnet Carers Centre, who proved to be an excellent choice with her very interesting and informative talk on ‘Services from Barnet Carers Centre’.

Over the years, Cherry Lodge has developed an important link with this organisation, which provides a range of services for adult and young carers in the borough of Barnet. Cherry Lodge appreciates the important role played by the family members and friends of people diagnosed with cancer and therefore set up the Cherry Lodge Cancer Carers’ support group, which meets monthly at Barnet Carers Centre, facilitated by our Outreach Nurse, Kirsty Mabb.

Alison began her ‘informal talk’ (meaning that people could interrupt to ask questions if they wished) by telling us that many people acting as ‘carers’ were unfamiliar with the term, describing themselves rather as ‘husband’, ‘wife’ ‘daughter’ or ‘friend’. The term ‘carer’, as used in this context, has been usefully defined by Macmillan Cancer Support: ‘A carer is someone who provides unpaid support to a family member or friend with cancer who would not be able to manage without this help. Caring can mean many things, including being a good listener, helping with personal care, providing transport or assisting with everyday chores’.

Caring for someone can be very rewarding, but it can also be physically and/or emotionally very demanding. This can affect the carers’ health, life opportunities, general well-being and their caring role. This is not only bad news for the carer themselves, but could in turn affect the person they care for. The carer’s importance is therefore two-fold – first as an individual in their own right, and secondly as part of a partnership with the person they care for/support.

Alison continued by briefly describing some of the services offered, mostly free of charge, to people who register with  Barnet Carer’s Centre:

Alison’s very illuminating talk was followed by a brief question and answer session, after which she was thanked most sincerely and presented with a bouquet of flowers (see photograph). 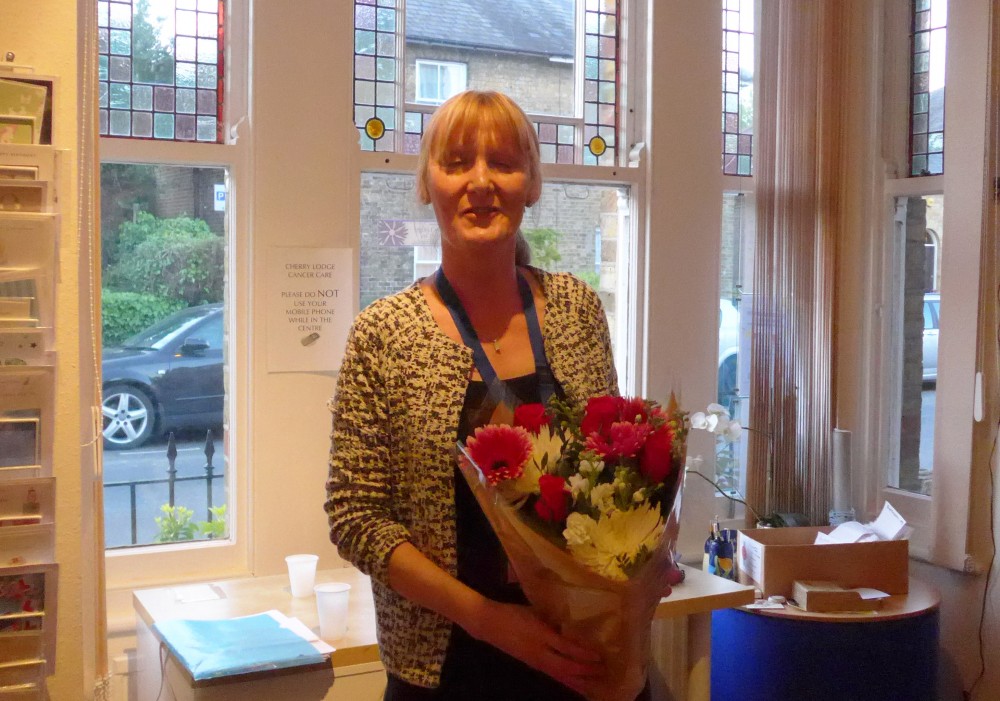