Starting in 1996, Mina Fraenza-West was Cherry Lodge Cancer Care’s first information nurse. She stayed at CL for nearly seven years and during this time witnessed a huge increase in the number of people seeking help and joining as members. Mina helped establish the charity and was instrumental in its success. Compared with the current premises in Union Street, the Cherry Lodge Portakabin (which we all loved) was basic and rather creaky – but we did have a garden and a place to park and, not least of all, a watering hole across the road!

Mina probably started the Cherry Lodge tradition of hugging and this has never been broken. Because of her being American, the annual volunteers’ party was held in November so that turkey and pumpkin pie could be served on Thanksgiving Day. Other culinary memories of Mina include the daily microwaving of her green baking potatoes and the Chairman’s increase in weight because of a diet of ‘peanut butter and jello’ sandwiches, an American import if ever there was one. Mina insisted that everything be kept in the fridge, including tea bags…

After very many years in the UK, Mina has decided to relocate to the USA and on Sunday 7th May 2017 she held a Mad American Tea Party to say farewell. To mark the occasion, Margaret, in her role as chairman, presented Mina with a 20th anniversary Cherry Lodge’s pen!!!

Dear Mina, we are very, very sad to see you go, but, as we were all given a card with your address, expect visitors most of the year!!!

Good luck and lots of love! 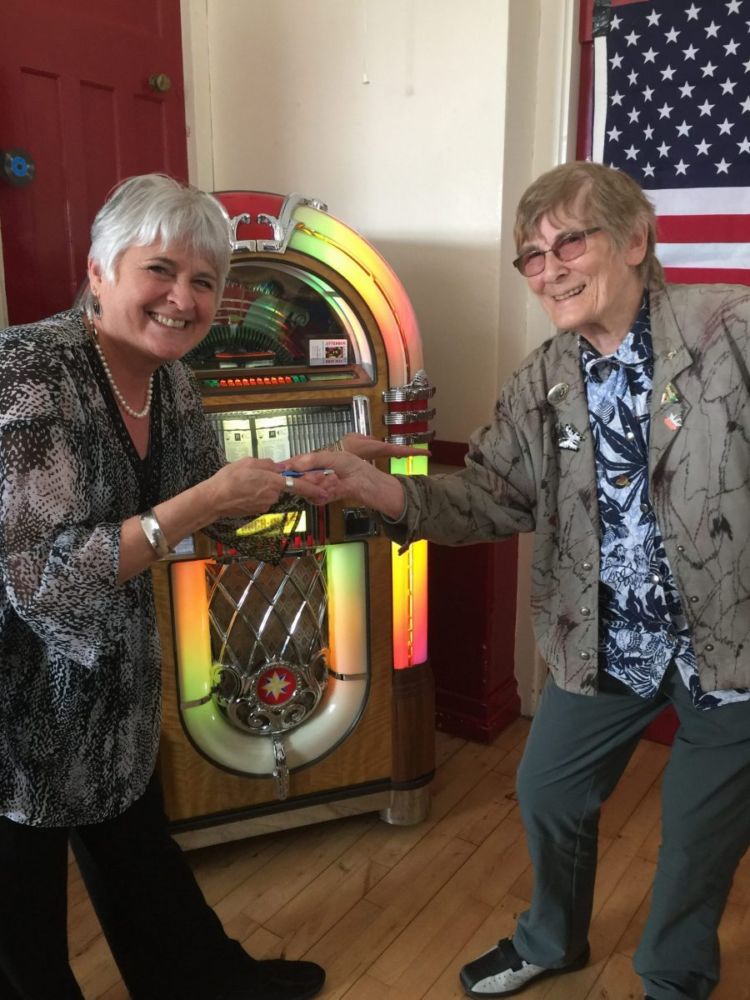