Cherry Lodge Cancer Care is delighted to spread the word that we have been chosen as one of two charities to benefit from the Mayor of Barnet’s Appeal, 2019-2020. Reproduced below is the press release issued on behalf of Cllr. Caroline Stock, who took office as Mayor of Barnet in May 2019.

The Mayor of Barnet’s Appeal

Every year a new Mayor is elected and during their term of office they set up a Mayor’s charity with pledges to raise money. This year Cllr. Caroline Stock has chosen two of her favourite charities, both of which are very close to home. The first is Cherry Lodge Cancer Care which is not only inspirational, but provides an incredible life line to so many people touched by cancer in Barnet. For over thirty years this independent Charity, which solely relies on donations, has helped thousands of people in the Barnet area with emotional support through the long and tumultuous treatment process. They provide counselling, nursing and complementary therapies alongside workshops, drop-in centres and home visits as well as giving support to their families, friends and carers.  Each week people with cancer in Barnet access their support network. Caroline passionately supports this Charity as cancer has had an impact on her own family. With both her mother and sister being ‘cancer sufferers’ although happily both now being in remission.

The second charity is Homestart Barnet an exceptional charity, which is a local community network of trained volunteers who help families with young children through their most challenging times: aiding families struggling with post-natal depression, isolation, bereavement and other physical health problems. Volunteers will help these families for a few hours a week. Caroline herself was a volunteer. After her time volunteering at Homestart the Charity has always had a special place in her heart. Over the years she has seen the results and heard the many amazing stories of women and their families being able to face the realities of life and going onto become wonderful role models and playing an important part again in mainstream society.

Both these charities are saviours in their own right.

Your support is therefore invaluable and we hope you can come on board to raise vital sponsorship, time and contribute in whatever way you can to make The Mayor’s Appeal 2019-2020 one of the most successful fundraising years to date! 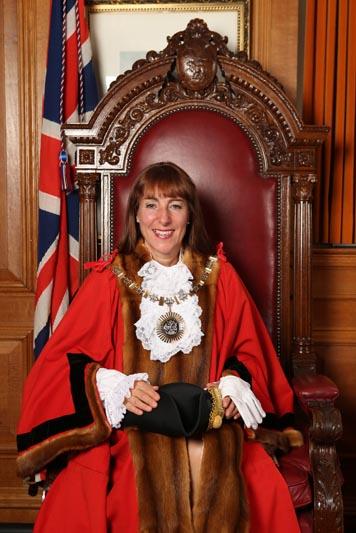 Lorraine (CL Information and Support Secretary to the Macmillan Nurses)
on 07517526291(on weekdays but not Fridays, 10am to 4pm) 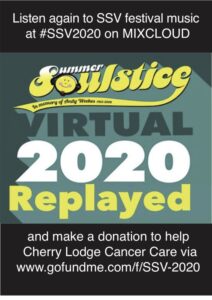 You are invited to listen again and again whenever you want to Summer Soulstice Virtual 2020. This fantastic four-day musical extravaganza, from 25th-28th June 2020, was put on on by the Soulstice crew and their friends at F1 Sound Co … Continued
View Calendar
Add
This site uses cookies More info