Thank you very much indeed to the four triathletes who agreed at short notice to raise money for Cherry Lodge by taking part in the 2014 Virgin Active London Triathlon. Thank you also to their sponsors for choosing to support our very good cause.

The London Triathlon, held this year on 2nd and 3rd August, is the world’s biggest and most iconic triathlon. The event takes place in an around the Excel Exhibition Centre at London’s Royal Victoria Dock and is extremely popular, attracting more than 13,000 competitors each year. There are races over a range of distances to suit entrants with different levels of fitness, expertise and commitment.

All our triathletes competed on day two. Alexei Zverovitch, James Eastwood and Tristan Phillips all raced over the Olympic distance, comprising a 1.5k swim in the historic dock, a 40k bike ride on closed roads around the sights of London, and ending with a 10k run. Joe Wilson, a cycling enthusiast, took part in the even more demanding Olympic Plus event, with swimming and running distances the same as for the Olympic event but with a second-stage 80k bike ride

Our featured photograph (right) shows Alexei proudly wearing his finisher’s medal after completing the Olympic Open race in a very good time of 2:27:11. James is the runner in the photo gallery below. This was his first triathlon over the Olympic distance and the first time he had swum competitively in open water. He finished in a very creditable 2 hours 32 minutes, 94th of 359 finishers in the Olympic Men’s 45-49 years old category. The other person in our gallery, wearing his finisher’s medal, is Tristan, who emailed us with the news that, ‘The day went brilliantly! The sun was out, the chants were loud and my JustGiving page was full of support!’

The combined efforts of our four triathletes raised more than £1300 for Cherry Lodge. We really appreciate this valuable contribution to Cherry Lodge funds.

Click on the thumbnail photographs below to see larger, complete images. 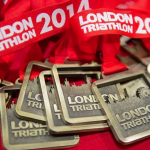 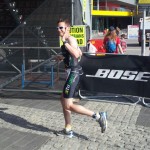 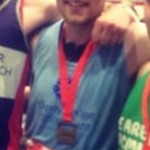 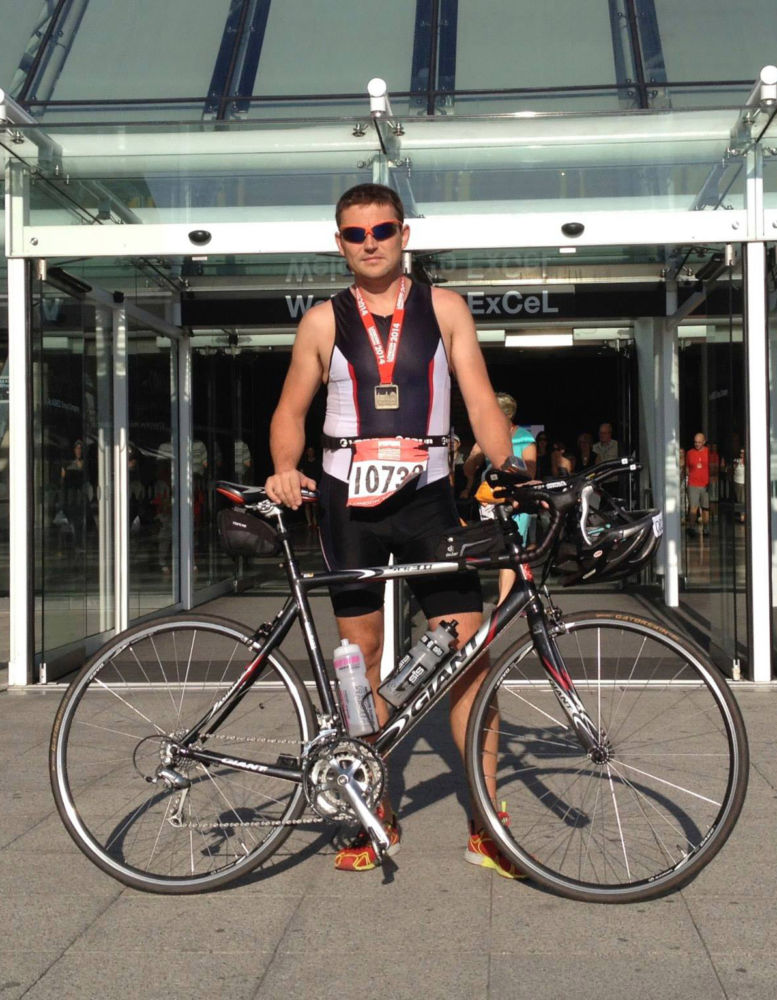