Cherry Lodge Cancer Care’s annual Lights of Love ceremony was, thankfully, back at the bandstand at Barnet’s The Spires on Sunday 12th December 2021. Last year’s Zoom event was greatly appreciated in the circumstances, but this year’s chance to attend again in person was particularly special. More than 90 people attended on what was a slightly damp but fairly mild evening.

This lovely event was not without its challenges for the organisers, with Tina and her team arriving at The Spires to find there was no electricity for the lights. A temporary supply was then installed but The Spires’ health and safety rules meant that we would not be allowed to switch on the lights part way through the ceremony as previously. Thank you to Ann-Marie for suggesting a clever and effective solution for lighting up (see below).

The ceremony was led by Margaret Clark, chairman of the Cherry Lodge trustees, who began by welcoming everyone and outlining the order of events. As previously, there would be a mixture of music and readings, followed by the reading out of names of people to be remembered. The Cherry Lodge Singing Group has been suspended during the pandemic so there was no choir to provide the music. However, song sheets were distributed and attendees did their best to sing along with the recorded carols. Well chosen readings were delivered by trustee Graeme, shop manager Susan, and volunteer Bobbi.

It was then time for what is always the most moving part of the ceremony, when two volunteers, Freddy and Sue, read out the names of people to be remembered. This year, the bandstand lights were already on but new poignancy came from the idea of asking people to light their glowsticks on hearing the name of the first person they had chosen to remember. Name-reader Freddy describes this part of the ceremony with touching detail:

“As one of the two volunteers chosen to read out the long list of names it struck me more, much more, than in previous years, just how important Cherry Lodge has been to so many people and this sensation almost overwhelmed me. All those names, each and every one loved, remembered and deeply missed, their virtual presence represented by a glowstick illuminating the faces of those holding them. Just for a short spell, the individual ravages caused by disease and the current pandemic, were forgotten and people were united in memories, grief and love. It was an honour to be allowed to read those names and this year the Lights of Love ceremony felt very emotional indeed.”

The ceremony was brought to a close by people joining together to sing ‘You’ll Never Walk Alone’, a song that expresses a sentiment at the heart of all Cherry Lodge’s many services for people affected by cancer.

Instead of gathering in close proximity around the bandstand table for refreshments, people chatted at distance while enjoying the mince pies and mulled wine brought to them by masked volunteers. The event was not quite back to normal – but it was as nearly so as possible – and certainly very moving!

The bandstand lights will be on each day until January. 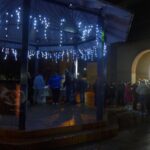 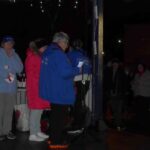 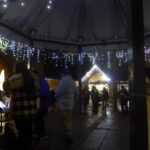 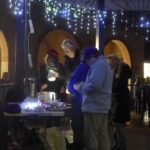 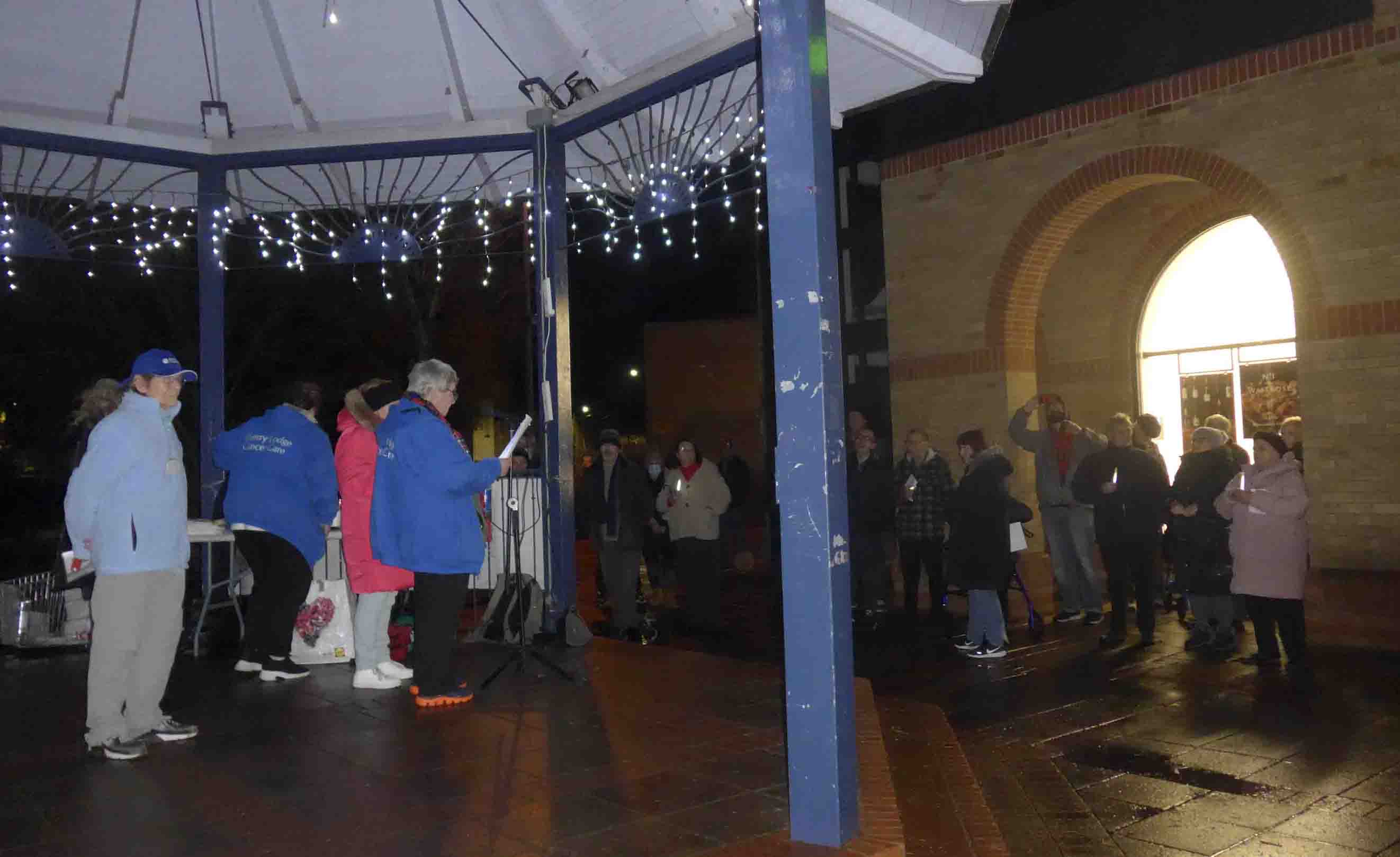