The 2018 Cherry Lodge Autumn quiz was held at our popular quiz venue (Mary Immaculate & St Peter’s Church Hall, Somerset Road, New Barnet) on Saturday 8th September. As usual, this was a sell-out event and everyone was seated in good time – despite this also being the evening of The Last Night of the Proms and the start of Strictly Come Dancing!

By the time the first questions were asked at 7.30pm by our regular quiz master, David Southon (assisted by his wife, Maureen, and daughter, Dawn), the eager raffle ticket sellers had done a healthy trade and raised some £180.40. Quizzers, meanwhile, had made a start on the various table rounds, including identifying pictures of Famous Captains (such as Captain Caveman and Captain Luc Picard). A sheet of Famous Newsreaders proved quite tricky as some of the shots were not recent – especially one of a very young Huw Edwards.

The first question round was on Animals, followed by Geography – surprisingly, the most southerly city in the UK turned out to be Truro! Another interesting and challenging round was ‘Which Year Did This Occur?’, including ‘When did euro coins and notes first go into circulation – was it 1999 or 2002?’ One question which gave people quite a headache was an anagram of a film title: two words, 7 letters then 11 – answer ‘Slumdog Millionaire’.

On cue, the deliciously hot fish and chips arrived and the 10 tables were rapidly served by a very well coordinated effort from the Cherry Lodge volunteers. Supper was followed by more quiz rounds and, as the accompanying photographs show, there was a lot of checking and discussing going on throughout the evening. There was also a constant happy buzzing noise in the hall.

The quiz was won by table 7, headed by Ruth McKay (mother of our fundraising events coordinator, Tina, who has told us that this was Ruth’s first win after 12 years of Cherry Lodge quizzes!). As can be seen in photo 4, below, Ruth and her brainy crew were clearly very pleased with themselves and also with their prize of Green & Black’s chocolate!

Once again this was a very well organised and conducted fundraising event which gave a lot of enjoyment to the 80 people taking part. Many thanks to the Southon quiz family, to Tina for organising the event, to the very hard working volunteers, to all the quiz teams, and to those who helped clear up at the end of a fun evening. 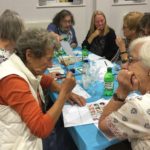 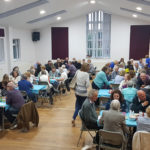 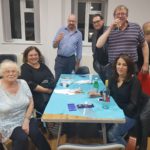 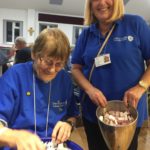 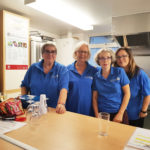 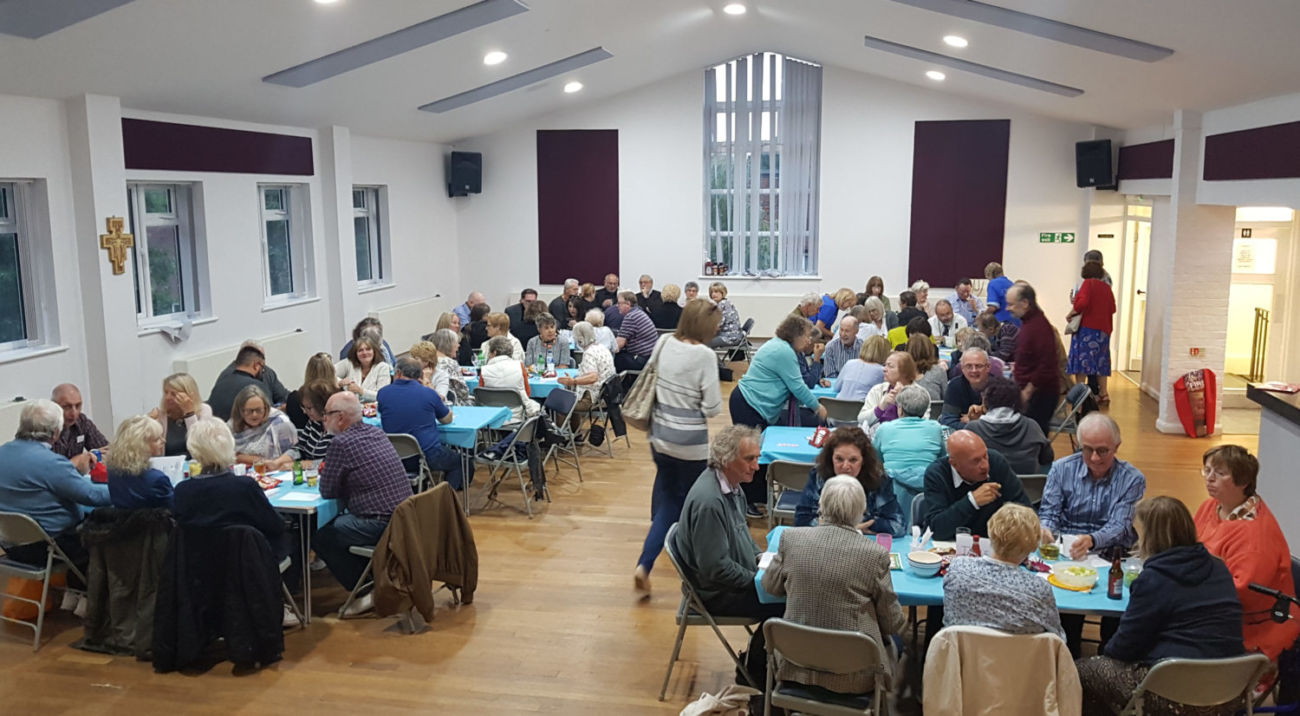