Cherry Lodge Cancer Care held its 2016 Annual General Meeting at the newly renovated Cherry Lodge Centre, Howard House, on Tuesday 10th May. The meeting was attended by a cross-section of members, volunteers, staff, trustees and patrons, all with a shared interest in the charity’s well-being.

Dr Margaret Clark, chairman of the trustees, began with a few words of welcome and a special thank you to the staff for coping so well with the disruption caused by the building work. After formal approval of the minutes of the 2015 AGM, Margaret presented the Annual Report for the year ended December 2015. Points picked out for special mention included: there were 208 new members in 2015; 150 people come through the door each week; people can carry on coming for as long as they like; there were 2,000+ complementary therapy appointments; diagnosis of cancer has increased; treatments have improved; our two nurses are the mainstay of our service; we are giving additional support to carers; members have access to welfare benefits advice; NHS cutbacks have increased the demand for counselling; we offer a wide range of group activities, including drop ins, singing, art, yoga and chi gung.

Copies of the 2015 Annual Report were available on the night and can be accessed by clicking here or via the the right hand column of the About Us page of the website (where you can also find recent Newsletters and a Cherry Lodge leaflet).

The Annual Accounts were then presented by Cherry Lodge’s new auditor, Andrew Geary. Andrew talked people through the Abbreviated Accounts (Summary Statement of Financial Activities for the year ended 31 December 2015), copies of which had already been distributed. Key points included: the overall picture is very good; there is an extremely healthy cash balance, boosted by a large legacy; other aspects of fundraising income were down slightly on 2014, especially shop income (though it was acknowledged that these are very difficult times for charity shops); what looks like a large increase in fundraising costs is due mainly to putting some items under different headings from previously. Members of the audience were invited to ask questions and a number of complimentary comments were made.

As in previous years, the AGM was followed by a talk, given this year by Richard Weekes and David James on ‘10 Years of Summer Soulstice supporting Cherry Lodge’. 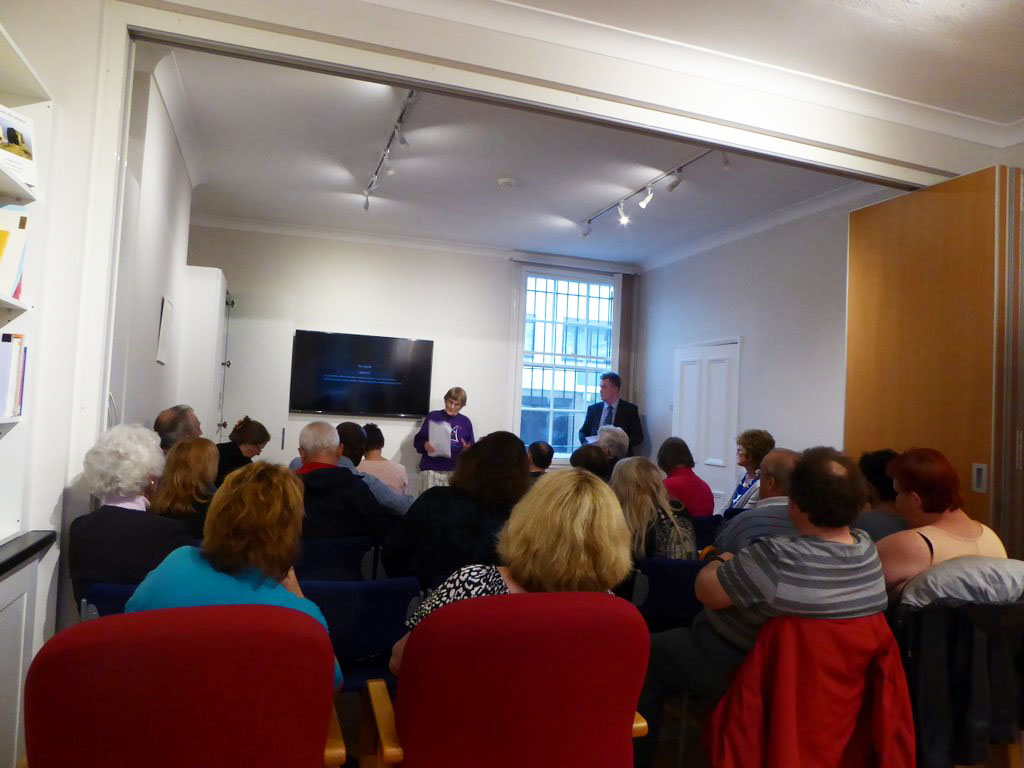