Cherry Lodge Cancer Care sends congratulations and grateful thanks to everyone who contributed to the Borough of Barnet’s impressive success at the 2020 London New Year’s Day Parade. Each year since 1997, all London boroughs have been invited to take part in the LNYDP Borough Competition and compete for prize money to be given to their chosen charities. The theme for this year’s parade and competition was ‘London Loves Life’ and Barnet’s entry proved extremely popular in the online People’s Choice Vote, taking it to fifth place. Barnet’s prize money will go to Cherry Lodge Cancer Care and Homestart Barnet – the two charities chosen for this year’s Barnet Mayor’s Appeal.

The following announcement and our featured photograph (of Barnet LNYDP performers with Mayor Caroline Stock) first appeared on the Borough of Barnet website.

The Worshipful Mayor of Barnet, Councillor Caroline Stock, said “I’m so proud of the performances and enthusiasm of everyone that took part. This was a borough-wide effort and a big success for Barnet. I will now be able to give £6,000 to Cherry Lodge Cancer Care and family support charity Homestart Barnet. I’d like to thank everyone involved in our float’s creation and in the performances on the day. From start to finish everyone danced or walked with a smile and a real passion.”

Barnet was up against boroughs from across the capital to win its share of a pot of money made available for local charities. The challenge was to create a colourful and eye-catching float which paraded from Pall Mall to Whitehall to celebrate the big day in front of a worldwide TV audience of over 500 million viewers.

Barnet’s float had the theme of ‘Live Your Best Life,’ focusing on the importance of well-being and mental health and living in the moment to make life more enjoyable. Big Ben was a stand-out feature of the float, representing time but also the importance of living in the present – not the past or future – to maintain good mental health. The display also featured a rainbow to celebrate the diversity, colour and dreams of the borough and of course a large sunshine.

Groups from across Barnet took part in the creation of the float and the performances on the day. They included:

Click here to read more about all the entries in the London New Year’s Day Parade – including Barnet’s entry. 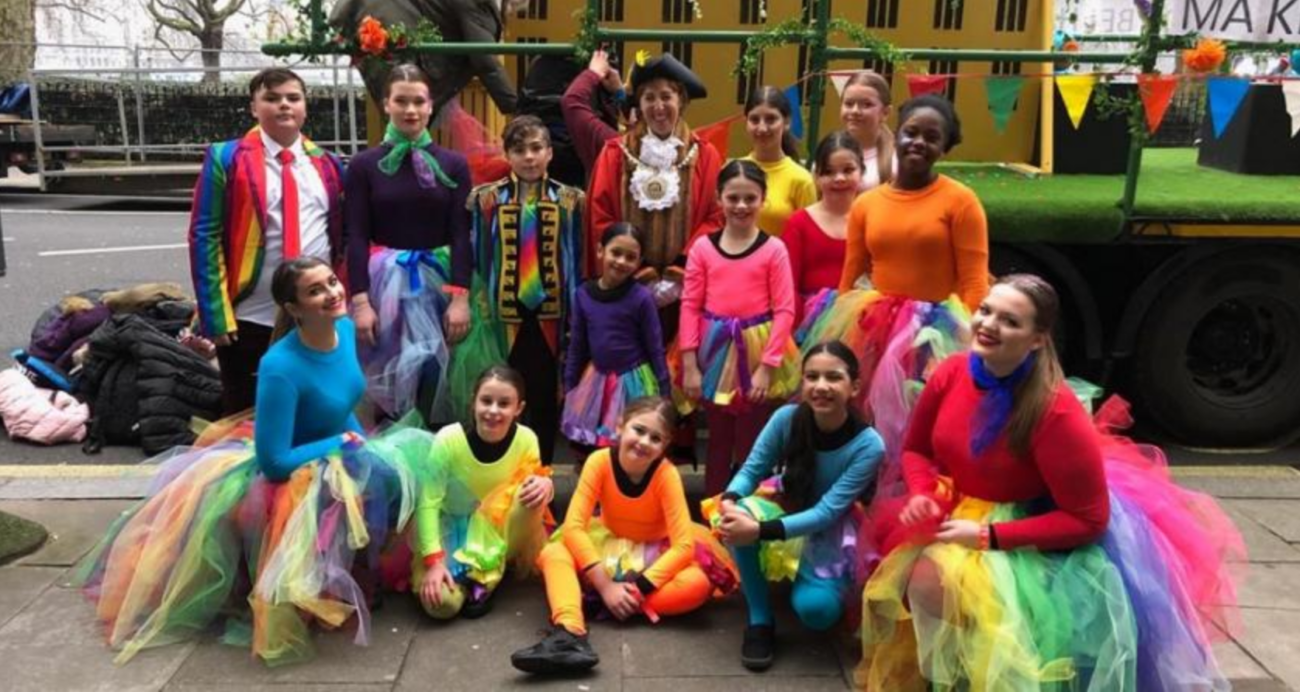 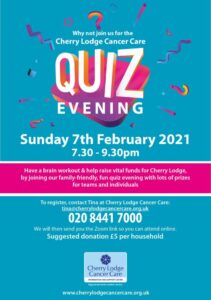 Why not join us for our first fundraising event in 2021? The next Cherry Lodge Cancer Care Quiz Evening will be held online on Sunday 7th February 2021. This family-friendly, fun quiz evening will be a great opportunity to exercise … Continued
View Calendar
Add
This site uses cookies More info