The second annual Golf Day organised by Summer Soulstice to raise funds for Cherry Lodge Cancer Care was another great success. The event was held on Friday 27th September 2019 and nearly 100 players – gentlemen and ladies – took up this opportunity to play 18 holes at The Shire London, which is generally acknowledged to be one of the finest courses in the country. Spirits remained buoyant throughout the day despite several very heavy showers.

The overall team prize was won by Team Heesom, led by Adrian Heesom, who can be seen in the photograph (below, click to enlarge) receiving the Ray Fagan Memorial Trophy from Ray’s widow, Pam. This trophy, originally called the Andy Weekes Trophy, was donated by Ray Fagan to the first Soulstice Golf Day in 2018 and was renamed this year in memory of Ray, who passed away in August after a long battle with cancer.

The Summer Soulstice Golf Day is fast becoming established as a very enjoyable way for golfers to enjoy a great day out while raising money to help fund Cherry Lodge Cancer Care’s much needed information and support services. The total raised by this year’s event will be added here shortly. Cherry Lodge is extremely grateful to Summer Soulstice for their ongoing support.

Please visit the Summer Soulstice website for a full report and more photos. 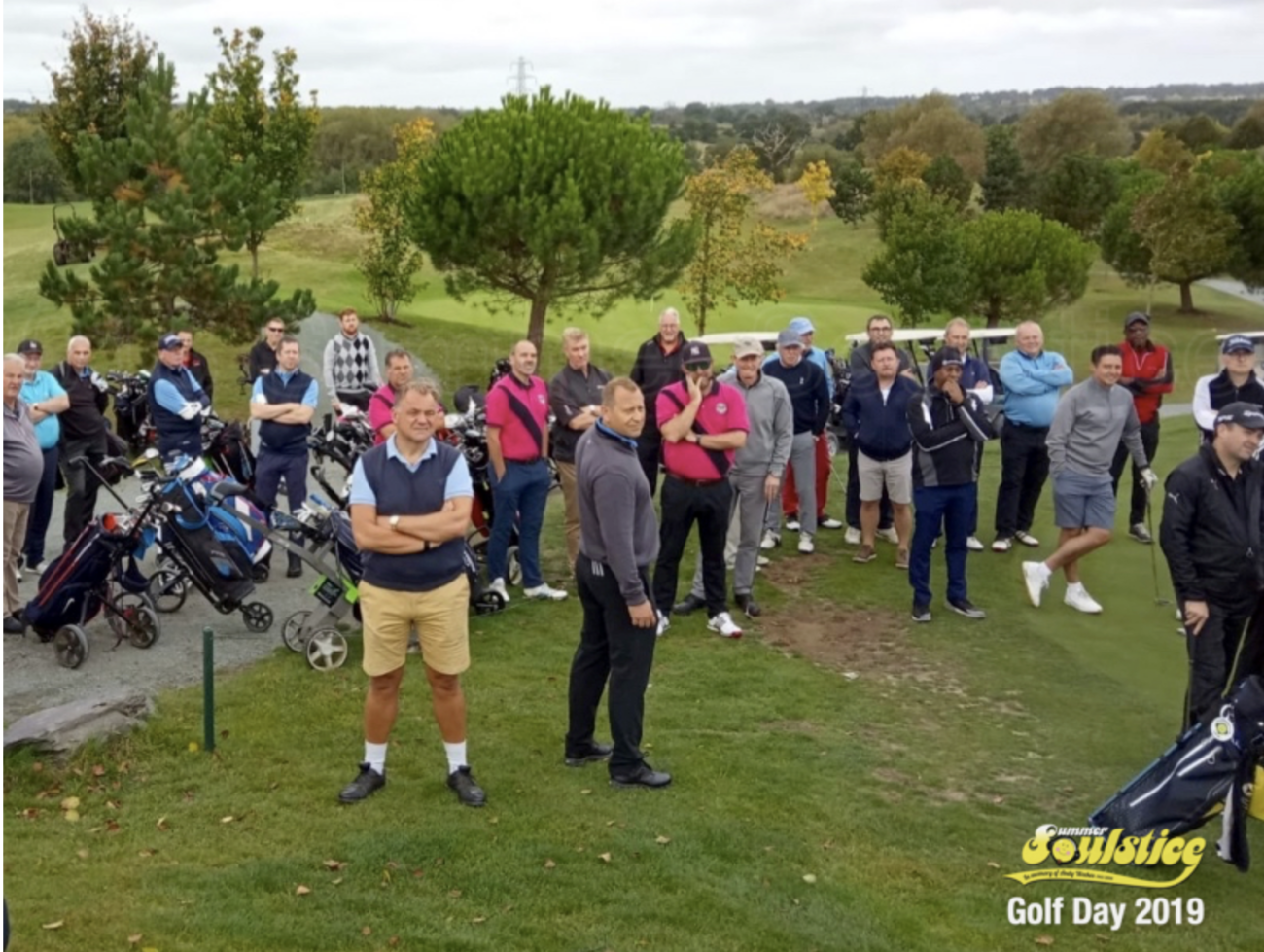 Cherry Lodge Cancer Care very much hopes that you will be able to join us at our annual Lights of Love ceremony. This will be held on Sunday 13th December 2020, at a time to be announced. The ongoing coronavirus … Continued
View Calendar
Add
This site uses cookies More info