Event director Hugh Brasher described the event as “the greatest ever” in the event’s 38-year history. In Brasher’s words: “Once again London showed how the marathon brings communities together and shows how the family of man can be united, one of the founding pillars of my father, Chris Brasher, and John Disley. … I can only reflect on an amazing job – from the athletic performances to the charity fundraising and the amazing sense of community. … It’s how London and the crowd embrace this event that makes it so special.”

The London Marathon also has a special place in Cherry Lodge’s fundraising history and we enter a team every year. Younger runners took over the baton from Cherry Lodge chairman Margaret Clark some years ago – but Margaret, a veteran of numerous marathons, still welcomes the opportunity to offer encouragement and advice to all our runners. Also, on Monday 29th April, there was an opportunity for the runners to attend the Cherry Lodge centre, Howard House, for a soothing therapy from Prasana and Loretta, a few nibbles and to pose for a photograph or two.

Running for us in the 2019 London Marathon were: Molly Burgess, Kieran Storey, Michael Storey, Tony Chapman and Jennifer Oxley. By 1st May 2019, their combined fundraising total for this event was just over £10,000. If you can, please help them to raise even more for Cherry Lodge by clicking on any of the names in blue (above) to access their online fundraising pages, which will stay open for a month after the event. If you have already donated, Cherry Lodge sends you a big thank you!

Our featured photograph (right) shows brothers Kieran and Michael Storey with their cousin Molly Burgess. This young team, aged 24, 22 and 19, joined together to run the London Marathon and raise money for Cherry Lodge in memory of their grandfather, who died suddenly last year. This was Kieran’s second London Marathon for Cherry Lodge (having run for us previously in 2016). He was disappointed by his 2019 finish time of 6hrs 2mins, telling us that it had taken him some 40 minutes to get across the start line and that he had then set off at such a speed that he virtually ran out of energy around Canary Wharf. We applaud him nonetheless!

Michael and Molly were both Marathon first timers. Michael finished in 4hrs 51mins and Molly in 6hrs 47mins. Molly, a student, felt her toenails were suffering from too much football and clearly paid the price but said she had loved the experience. She also mentioned how the support of the crowds throughout the route gave her, and the others, the energy to carry on. As well as taking part in the Marathon itself, Kieran, Michael and Molly have been involved in various other fundraising events for Cherry Lodge, including a wine tasting evening themed with marathons run around vineyards in different countries.

Jennifer completed the course in 6hrs 18 minutes. On her online fundraising page she describes the Marathon as “a massive physical challenge for me” and writes movingly about her best friend Nicola Kelly, who came to Cherry Lodge for massage and counselling before her death from a brain tumour last September. Nicola requested that donations be made to Cherry Lodge in her memory and Jennifer has responded by running the Marathon for us. Jennifer has been very touched by her fundraising experience and told us “I am so grateful to have had the opportunity to raise money for this charity”.

Tony put in the fastest time of all our Marathon runners this year – a very creditable 4hrs 6mins. When he set up his fundraising page at the end of last year he wrote: “Hi guys, I know I said I will never do another London Marathon again! However this time it’s different! As some of you may know my mother has been faced with the devastating news of terminal cancer and will have to face chemotherapy treatment for the rest of her life! Cherry Lodge Cancer Care in Barnet has been a safe haven for her in the past few months in more ways then one! I’m doing it for my mother and many like her, to help and support them in their battle!” Very sadly, Tony had to update his page two months later, with the news that his mother had lost her battle with cancer on 25th February but that she had died “peacefully surrounded by me, my wife and my daughter”. Our photos, below, show Tony before the race (with his dog who I am sure was glad not to have to take on the 26.2 miles) and after the race with family members.

Everyone at Cherry Lodge Cancer Care sends their much deserved thanks and congratulations to all our runners! 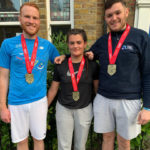 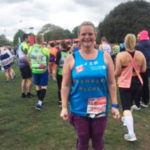 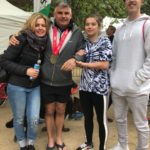 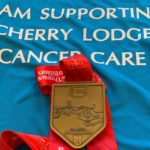 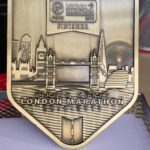 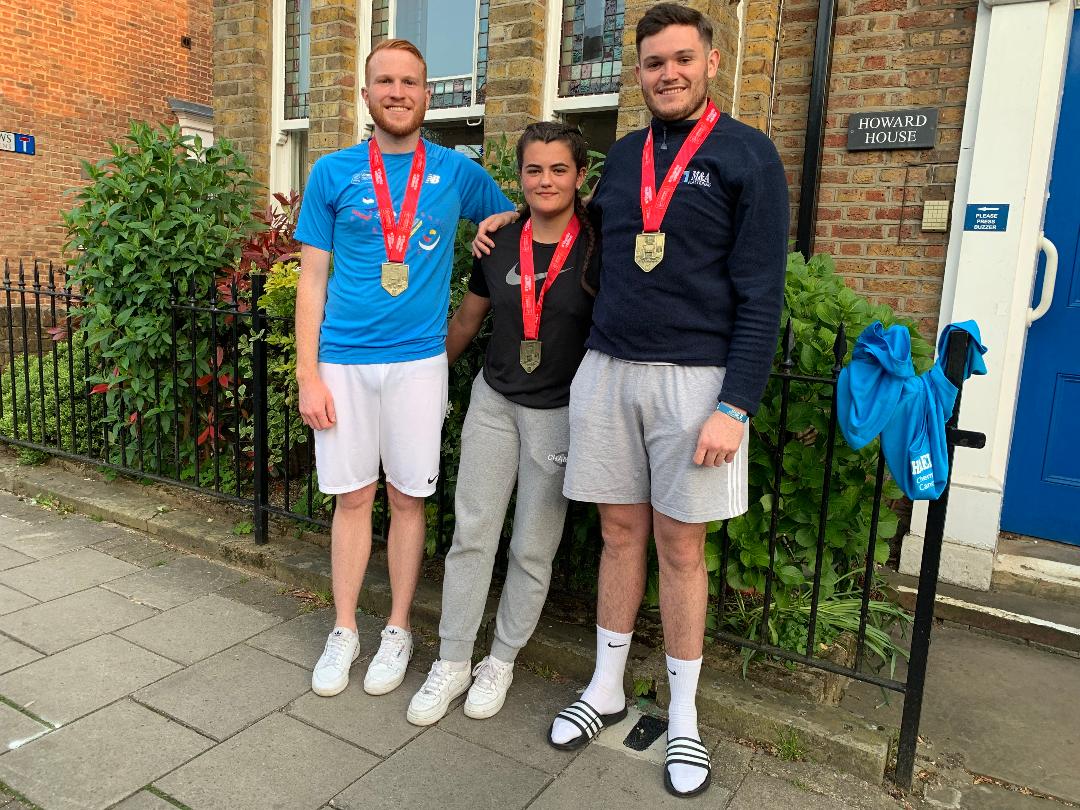 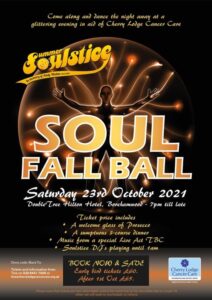 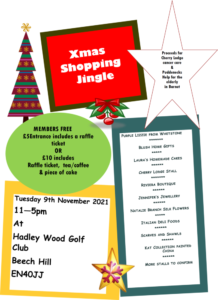